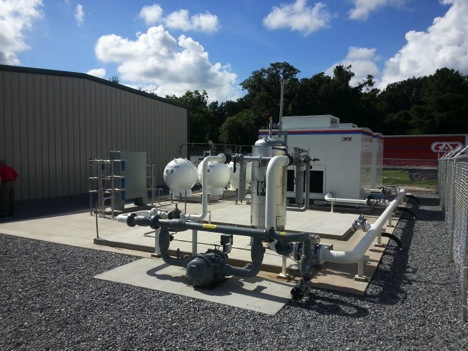 The station was constructed from the ground up by Player and Company, and is currently supplying 10 times the CNG fueling projected by the owner prior to construction. Player and Company placed all the underground electrical conduits, poured all the concrete foundations, and set all equipment for the CNG station. The high pressure stainless steel tubing was installed and pressure tested from the CNG compressors to the storage spheres to the valve panel, and finally, out to the CNG dispensers. 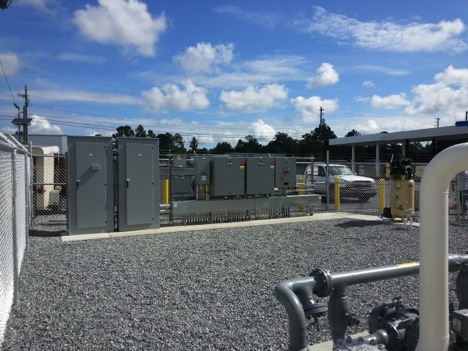 Player and Company electricians pulled all power and controls wiring between the equipment. Terminations were made and the CNG station was placed into service. The CNG station is operating and supplying alternative fuel to vehicles from all over the southeastern United States. 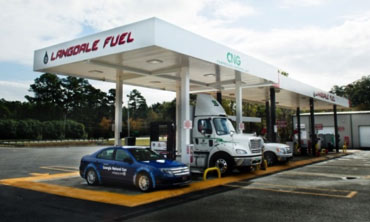 AGL is also building additional CNG stations in Georgia under a CNG Infrastructure Program recently approved by the Georgia Public Service Commission. Player & Company was prime contractor to AGL for the first station completed under this program for the Langdale Company in Valdosta, GA in August 2013 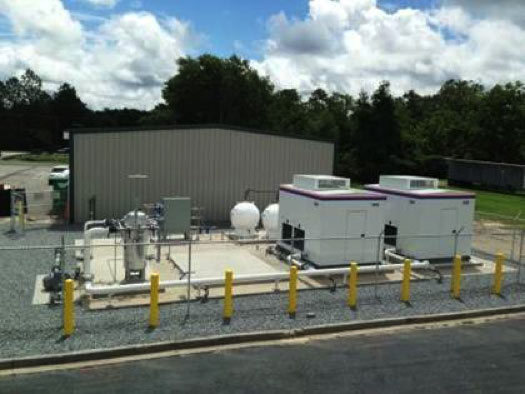 © 2021 Player and Company. All Rights Reserved.